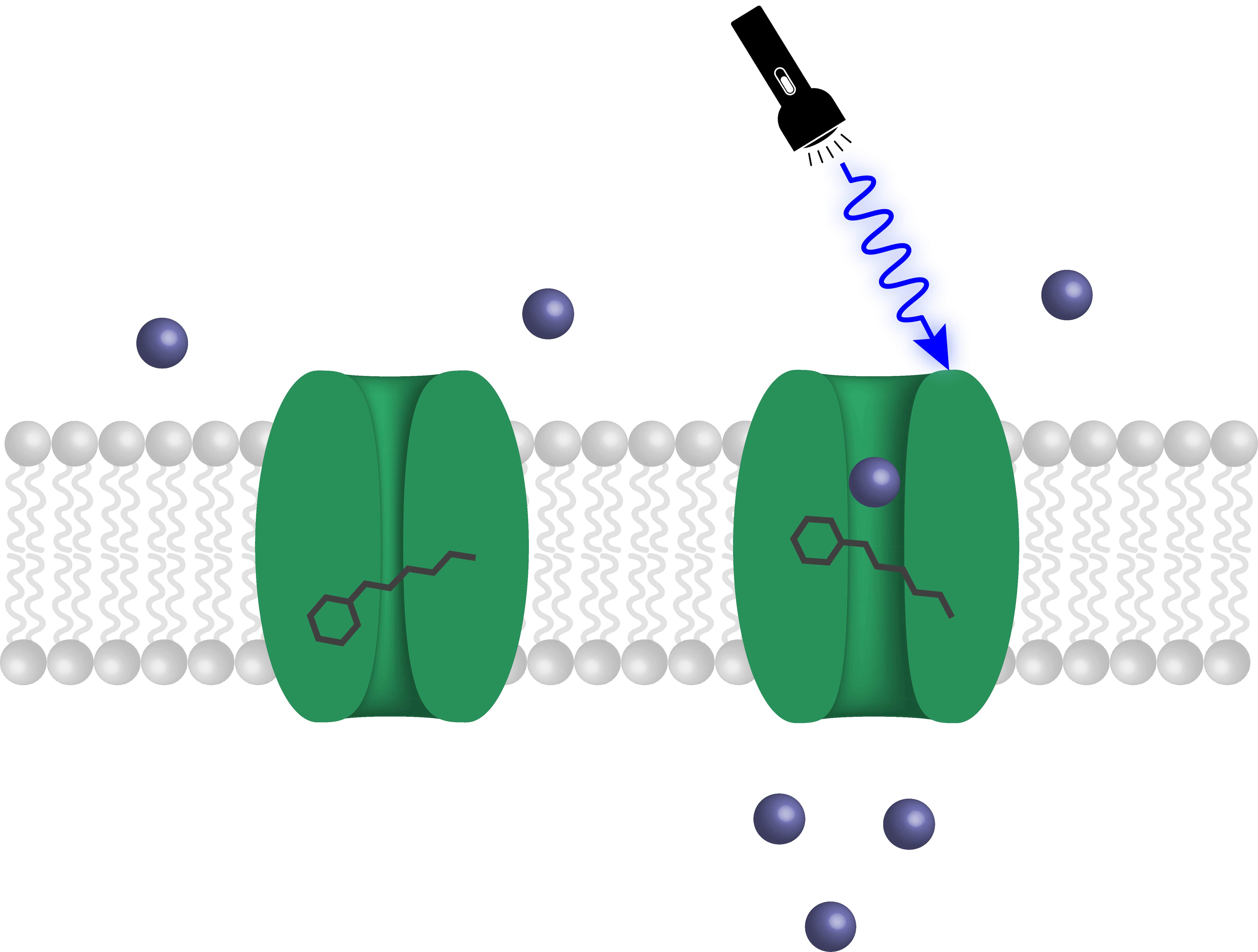 Optogenetics (alone, with out a bioluminescent component) requires an external light source such as an LED to stimulate the opsin.


Opsins are naturally-occurring proteins that contain chromophores, molecular regions that are sensitive to light. You might be familiar with retinal, a chromophore within the opsins in your retina. When chromophores sense a photon, they change their shape. This conformational change results in a change in the cell, such as a signal cascade and/or a shift in ion permeability. These biochemical signals are responsible for phenomena as diverse as animal vision and algae swimming toward light. 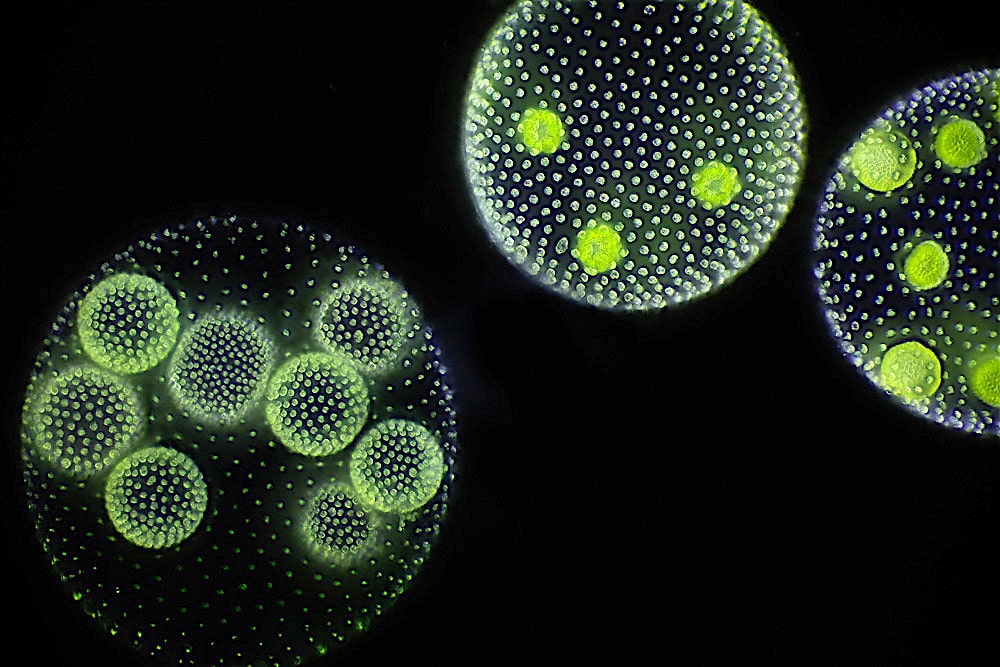 
Natural opsins have been modified and engineered to have particular properties that can be used in research, creating a family of techniques called optogenetics. Famous examples of opsins borrowed from nature include the channelrhodopsin ion channel (VChR) family derived from the alga Volvox carteri and the halorhodopsin ion pump (NpHR) families derived from bacteria.


Optogenetics is a flexible research method and specialized opsins are routinely expressed in subcellular units that control cellular events, such as ion channels, ion pumps, or a G-protein coupled receptor (GPCR). This expression allows the researchers to control cells with specific local and fine temporal control. A researcher can apply a fixed amount of light, of a known wavelength and for a certain duration, to a particular brain region to stimulate a circuit, for example.


Most optogenetic work has been accomplished by delivering light from an external source, such as an LED to the brain via an implant. BioLuminescent Optogenetics (BL-OG) allows researchers to drive optogenetic elements with internal, bioluminescent light, allowing systemic control and the use of freely-behaving, intact animals. If a particular research question requires the comparison of global and local control, the researcher can stimulate all expressed cells chemogenetically by adding luciferin (e.g., CTZ) or only a subset of those cells via traditional optogenetics with an external light source, both within the same animal. In BL-OG, the optogenetic element maintains full functionality for standard optogenetics.